Dolomites, "Where Mountains become one with the Sky", Slovenia Italy Hungary Germany 2016 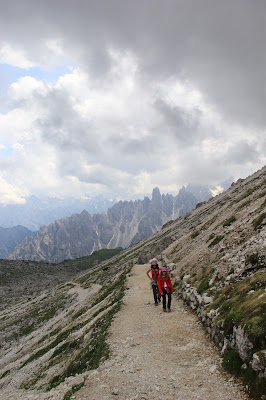 The Tre Cime de Lavaredo is one of the most iconic symbols of Dolomites, the northern mountains of Italy. The three jagged peaks dominate the surrounding landscape, and can be seen from miles afar.

Through the haze mountains
grow faint until becoming
one with the pale sky
Haiku, Belisa
The peaks disappearing in mist was an inspiration my daughter's next story of a secret about immortality. 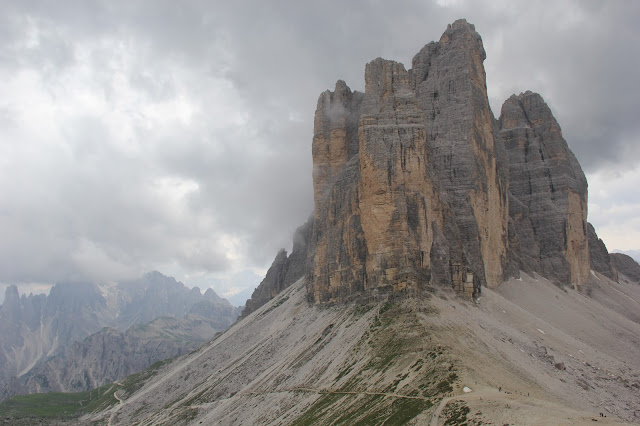 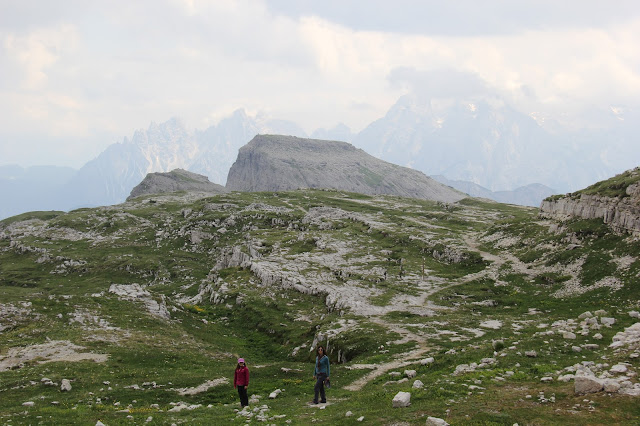 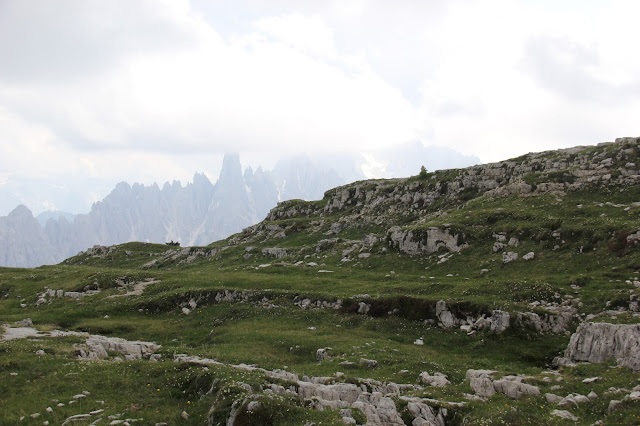 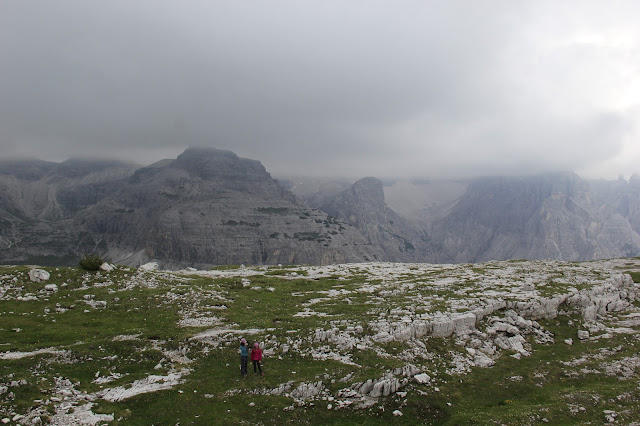 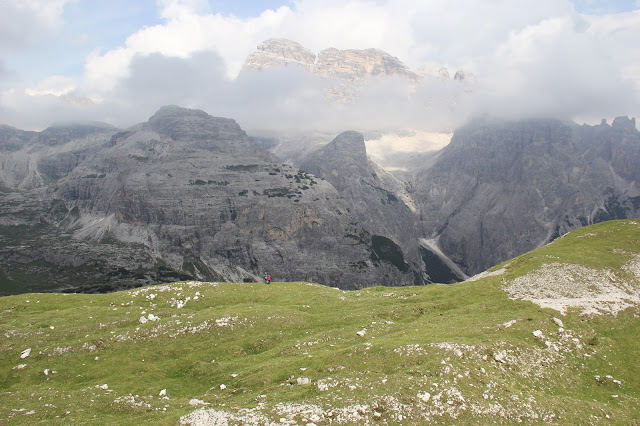 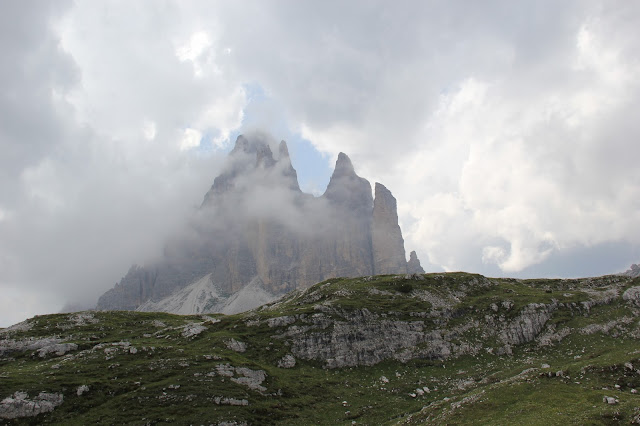 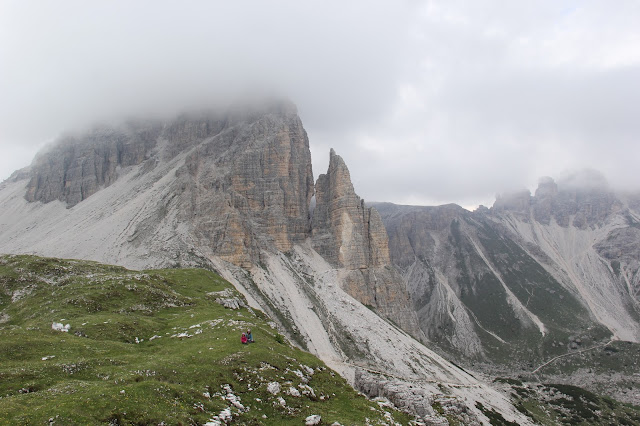 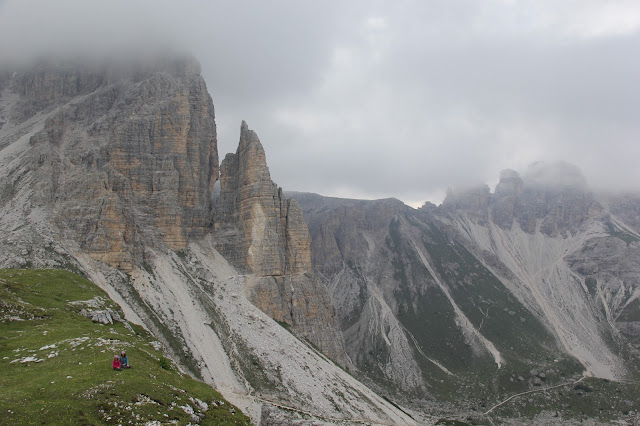 Marmolado Passo Pordoi
A cable car takes you up to Sass Pordoi from Passo Pordoi. At the top amazing views of glacier top Marmolado awaits. 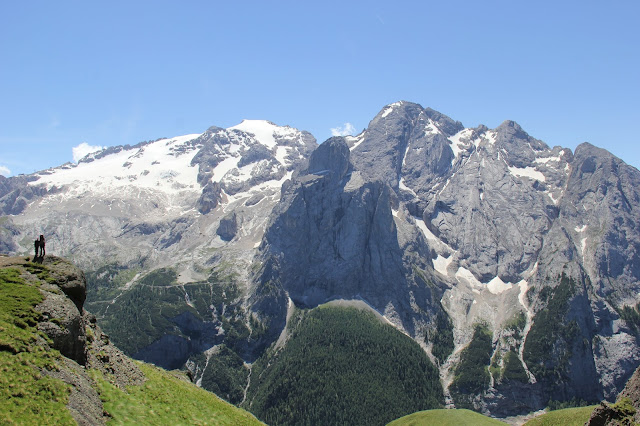 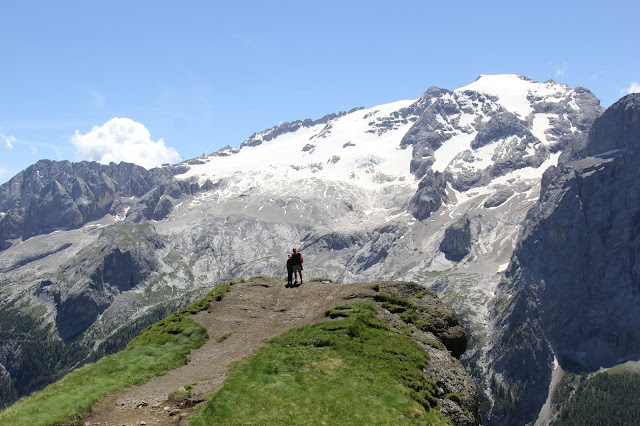 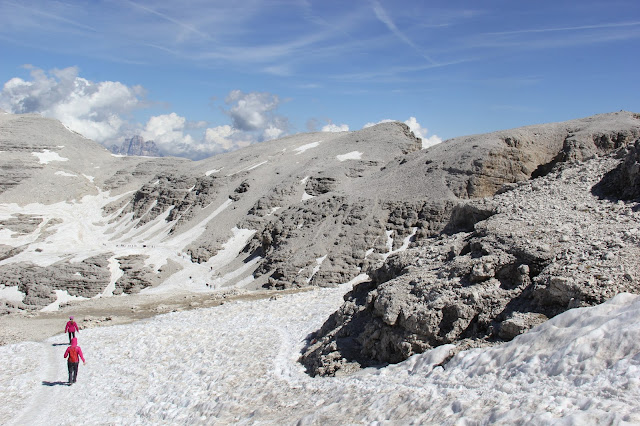 Slovenia
We passed through the beautiful land of Slovenia rather quickly with just enough time to enjoy a swim at the Bled castle and the delectable bread dumplings. 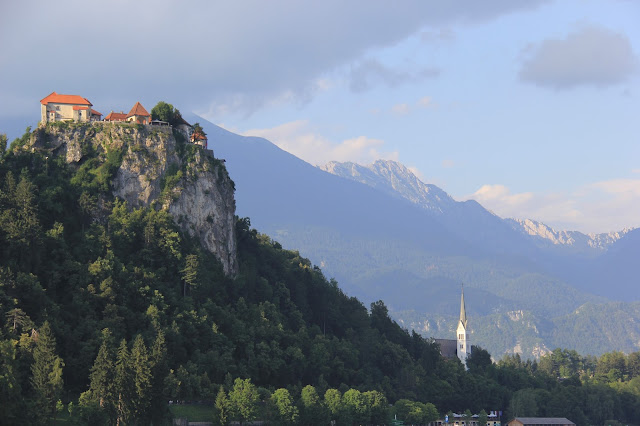 Budhapest
It rained all thorough the two days we were there in July. Still the city especially, Buda, the old town with houses from the 14th century, cobblestone streets, souvenir shops, cafés, and restaurants was stunning. Buda was once the residence for the Hungarian Kings. The city’s most important medieval monuments, the Buda Castle, the Fisherman’s Bastion, and Matthias Church are in Buda. 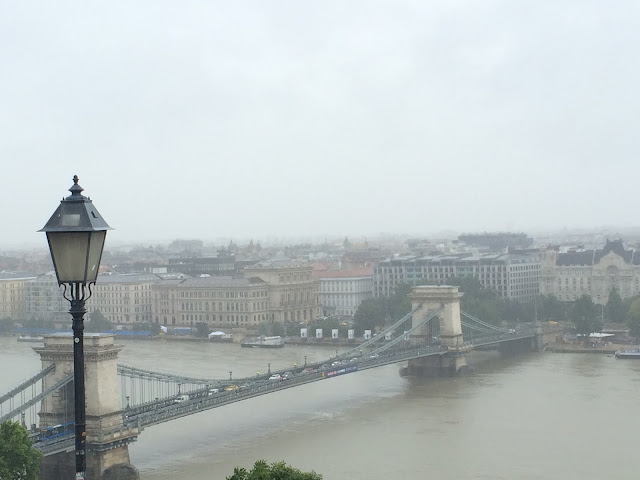 We only had an afternoon in Berlin which is inspiring with its arts scene and iconic sights. 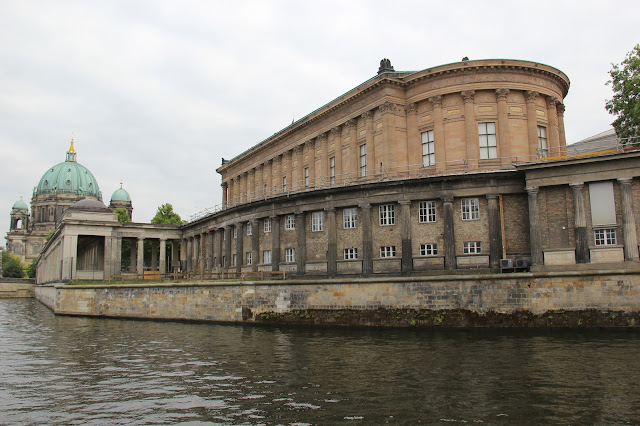