After a few days in Tokyo, we took a train to Kyoto where we met with the grandmothers coming from Istanbul. The locals seemed to be waiting for the spring which had just started. The cherry trees were almost in bloom. Sheets were laid down in parks so people can watch the blossoming trees. Grandmothers loved the experience even though the traveling was difficult and tiring for them. We had to take the train and the metro quite often and in some cases with heavy luggages to carry up the stairs of the stations. We had told them not to bring any food, however both had heavy suitcases full of food with a “just in case we can’t find anything” justification. It is always fun and funny to travel with them.

In Kyoto, we stayed in a traditional Japanese House called Higashiyama House near Gion. This two story house had a typical Japanese low table around which we spent quite a lot of time where we had to consume our Turkish supplies. The rooms had tatami mats and heated from the floor.

From Kyoto, we were planning on stopping at several towns on the way to Mount Koya. When we found out that in Japan an international licence is required, we made some changes in our plans. The trip was rather long; we took several trains through Osaka and finally a tramway up the mountain. We stayed in a temple together with Buddhist monks (shojin ryori)in Mount Koya. The food made and served by the monks themselves were like a never-ending feast with many Japanese delicacies. We attended an early morning prayer next day at 6:00 am before touring the surroundings.

Kyoto
Kyoto is now a familiar place to us. We even got to know an elegant old lady who owns a restaurant who remembers my daughter from when she was a baby.

The gentleness of the Japanese people still amazes me especially in temples. Located at one end of the peaceful creek side Philosopher's walk Ginkakuji Temple or the Silver Pavilion is an elegant example of the simplicity of wabi sabi.

Wabi sabi  び び is an aesthetic sensibility that finds a melancholic beauty in the impermanence of all things.  It is an understated beauty in modesty and imperfect and sometimes decayed. This is something I desire to achieve with my art as well, a peaceful simplicity without details that obscure the art’s imaginary attributes. I admire the feeling of  recorded time on the surfaces of used objects, like old shoes.


Gion is where the geiko (geisha) and maiko (apprentice for geiko)walk hastily in tiny steps. This district of Kyoto has become a geisha hunt for my daughter who loves to search out the geishas since she was a little kid. This photograph was taken by her. 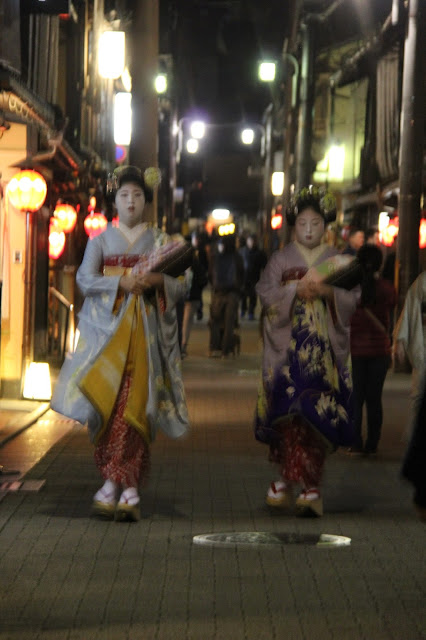 Higashiyama is a historical district of Kyoto with wooden buildings and temples. 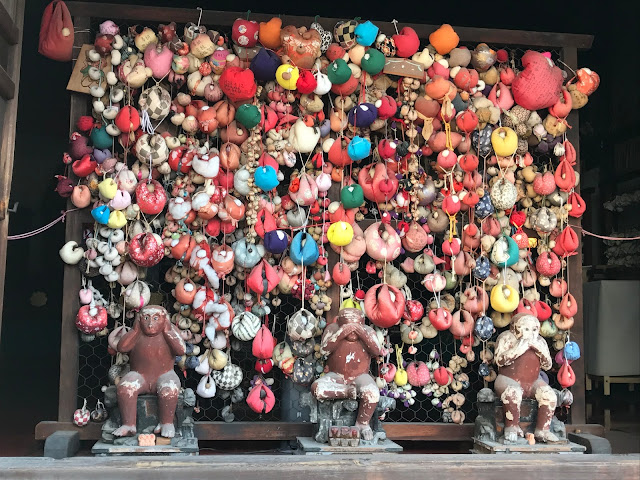 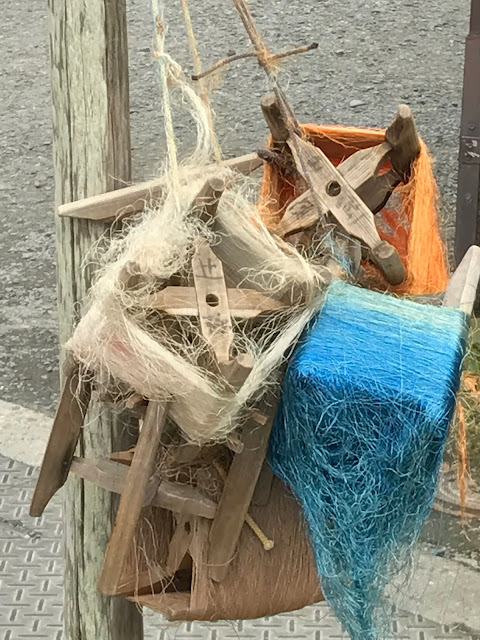 Honen-in Temple also on the Philosopher's walk is a peaceful temple with a carp pond and raked sand garden. In the approaching dusk, a walk in the moss covered gardens of the temple reveals beauty in the details made by gentle intentions.


Inari temple is one of our favorite temples in Japan. From Kyoto it is a short train ride. A colorful journey up the steps through many torii gates is rewarding. 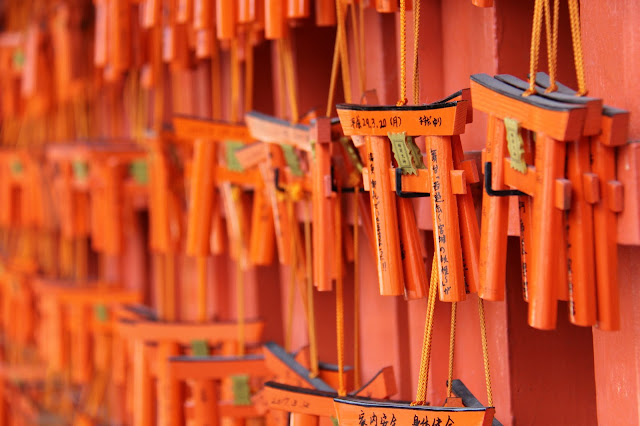 Fushimi Inari is the most renown of several thousands of shrines dedicated to Inari, the Shinto God of Rice. The fox, symbolizing both benevolence and malevolence, is thought to be Inari's messenger. There are many fox statues across the shrine grounds. 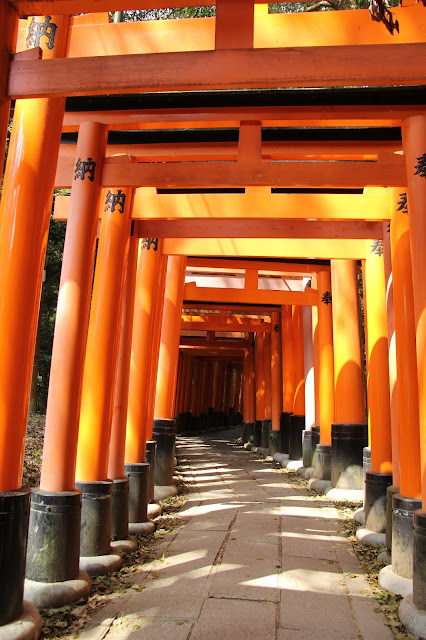 On the way to the top, there are a few small cafes, with which we convinced the mothers to climb that far saying that we would rest there. It was difficult to get in, however. After a long conversation with the owner and several guests who helped us understand what was happening, we were allowed inside. The owner did not want all five of us to sit at one table and did not or could not tell us. Well, we sat separately, no big deal, right?


Sannen-zaka - It takes its name from the belief that if you fall you would be cursed for 3 years, thus the 3 year slope. 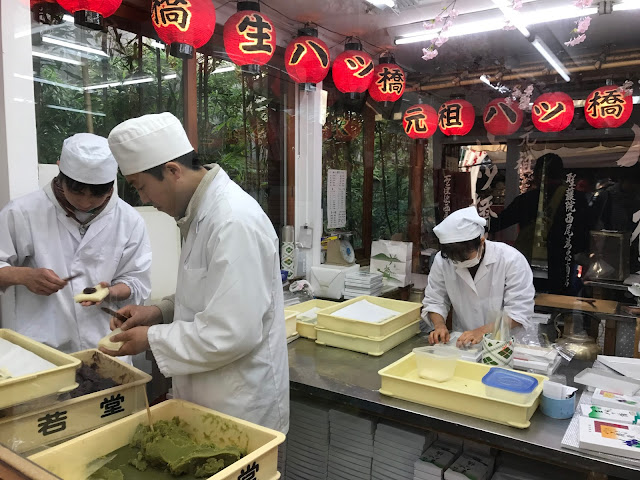 Mount Kōya (高野山, Kōyasan)
Kōbō-Daishi (弘法大師) or Kūkai (空海) (774-835) founded the Shingon school of Buddhism. He wandered around Japan for years in search of a suitable place to center his religion before establishing a mountain retreat in Mount Kōya. Legend says that he decided on this place after his sankosho, a Buddhist ceremonial tool was stuck in the branches of a pine tree while.

Okunoin, in Mount Kōya, the site of the mausoleum of Kobo Daishi, is one of the most sacred places in Japan. Kōbō-Daishi  is believed to rest in eternal meditation as he awaits the Buddha of the Future, and provides relief to those who ask for salvation in the meantime.

The graveyard contains over 200,000 gravestones and monuments in the ancient forest. When Kobo Daishi rises up to meet the Buddha of the Future so too will all those resting in the cemetery. 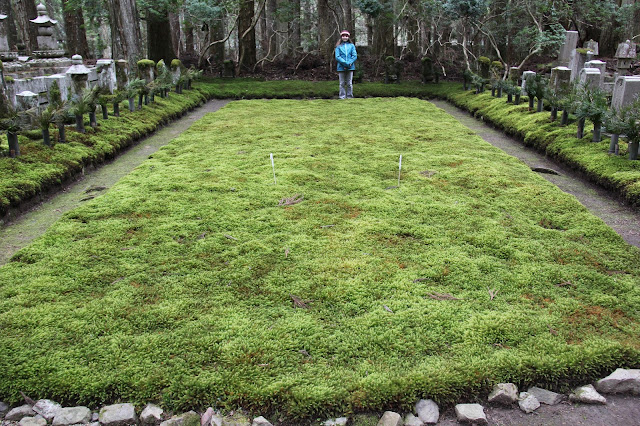 Another temple in Mount Kōya is Danjo-Goran. There are about twenty temples and buildings located inside the Danjo Garan with Kondo Hall and Konpon Daito considered as the most important. 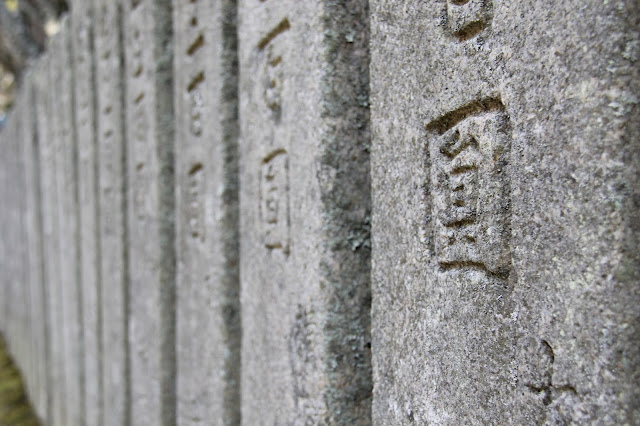 Kongōbu-ji, temple of the Diamond Mountain, is the headquarters of the temples. The rock garden is Japan's largest with white gravel which are collectively meant to represent two protector dragons rising from a sea of clouds. 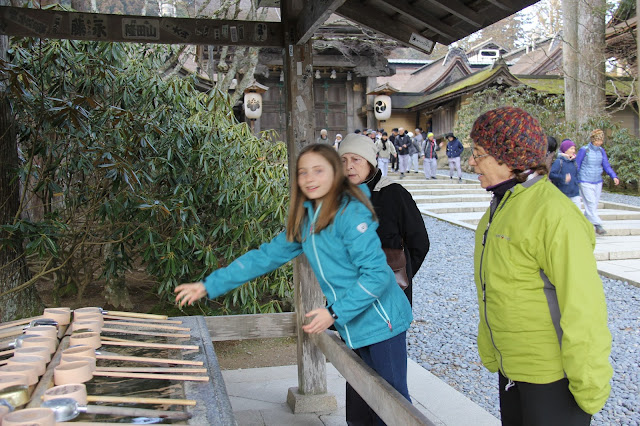